I lost my sole in the Inishkeas


You might have read the title and thought, “How could she allow such a major typographical error, and in the title no less?” Indeed, it is probable that I lost my soul among those enchanted deserted islands as well. But, no, this time it was indeed my sole and before it was all over, both soles were given over to the islands, though only figuratively as I did not leave them behind.

Today, we have a throw away society, the result of which we tend to encounter first hand on the shores of the Wild Atlantic Way when storms wash up all sorts of flotsam and jetsam. I would not leave detritus behind to litter such sacred landscape, nor any landscape for that matter. No, we carry out what we have carried in, destroyed useless hiking boots to boot. We have always found ample quantities of human debris discarded by intent or misadventure, and amongst the bits of plastic often shoes; but, curiously, this time we found only soles.

Rubber and plastic seem to survive any attempt to degrade them. There were soles of sandals, slippers, Crocs, and now, my ancient but not often worn hiking boots. The soles of the left boot, then the right, just disassociated themselves from the rest of the perfectly intact and barely worn boots. To get back to our starting point, I tied them together with bits of scavenged rope which held quite nicely over the rocky and occasionally sandy terrain.

I could not help wondering how many souls still inhabit these otherwise deserted  island and are they collecting soles for some unexplained purpose? Were my boots another intended casualty?

This strange encounter with soles reminded me of the days when shoes were a luxury. We bought the best we could afford and had them resoled by the shoemaker when they wore out. He would often recondition the shoes of fine Italian leather to near new condition. Yet they were perfectly worn in and not painful at all like new shoes often are.

I wonder if there’s anyone who can re-soul a lost being to give them comfort, too? Perhaps one day I will know the answer. Not today. Only questions remained today. 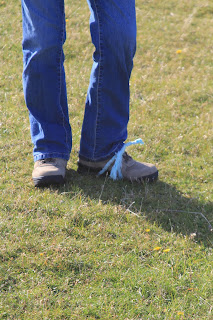 sole: adj being one only; ​single as in sole survivor
sole: adj  not ​shared with anyone ​else as in sole responsibility
sole:  noun the ​bottom ​part of the ​foot that ​touches the ​ground when you ​stand or ​walk, or the ​bottom ​part of a ​shoe that ​touches the ​ground, usually not ​including the ​heel
sole: noun  one of a ​number of ​flat ​fish that are ​eaten as ​food
sole: verb  to put a sole on a ​shoe
resole: verb to put a new sole on a shoe or boot

soul:  noun  which has at least 8 different interpretations according to Merriam-Webster. There's the spiritual soul which many believe lives forever, there's the spiritual principle of the universe, a person's total self, an essential part, the emotional and moral force, a person, a personification, or a strong emotional expression as in soul music.

The sole purpose of our visit was to discover again the magic of this mystical island. But our experience turned out to be of a soulful nature. Interestingly, the restaurant we had dinner in the next night featured sole as their special. How apropos.