Showing posts with the label Illa Tambo
Show all 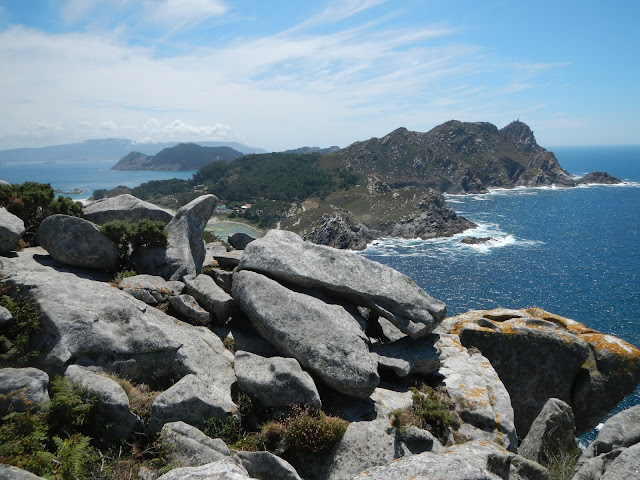 We left the Finisterre region and sailed back southward toward the Rias Baixas. We had not yet visited the barrier islands but had secured our initial permission document before heading out of Ireland.

In the 1980s, Spain acquired several archipelagos of islands off the Atlantic coast and established a National Park to ‘preserve’ these islands. The Cortegada Archipelago is well inside the Ria de Arousa. The Salvora Archipelago is in the mouth of the Ria de Arousa. The Ons Archipelago protects the Ria de Pontevedra, and the Cíes Archipelago sits across mouth of the Ria de Vigo. These islands form natural barriers against the forces of the Atlantic, protecting the sealife and shores of the Rias Baixas. The archipelagos have waters so turquoise and sands so white that they evoke Caribbean beaches...until you put your foot in the water. Let's just say it's refeshing. 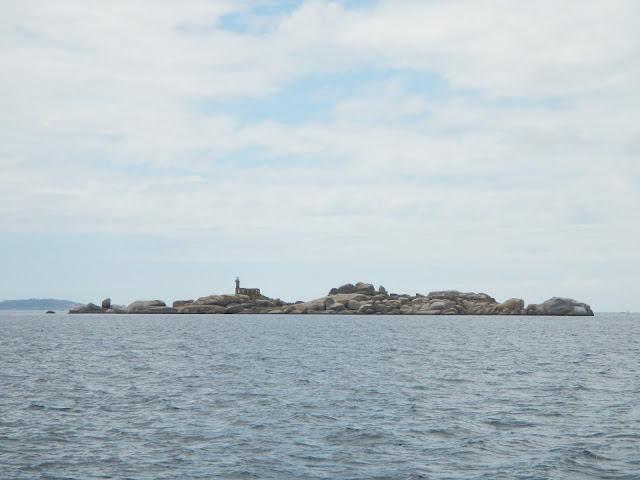 We sailed inside the Illa Ons and into the Ria de Pontevedra and our next destination, Combarro. We passed Sanxenxo which appeared to be a modern city, and continued on to the head of the Ria. Our charts showed the area as quite shallow, but we were informed that the depths where the new marina is now and outside the massive outer pontoon are 3 meters, and indeed that was the case. We followed the deeper channel in along the Illa Tambo where several boats were anchored.