Showing posts with the label St. James
Show all 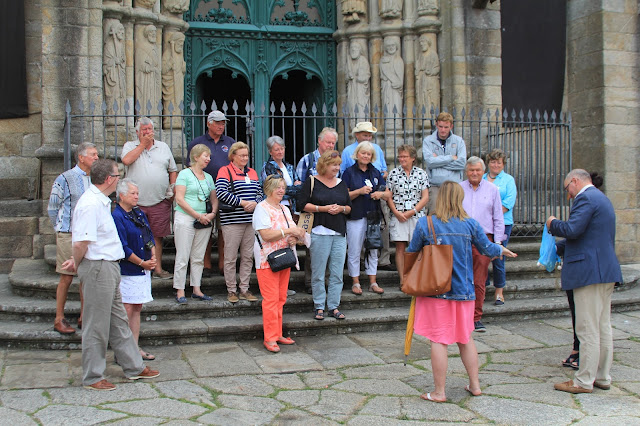 The day before the start of the Irish Cruising Club Rias Baixas Rally, the local dignitaries organized a bus trip to Santiago de Compostela. We had both wanted to go and jumped at the chance. Unbeknownst to us, the bus would also stop in Noia, which made it even more interesting. Noia (Noya in Spanish) was the traditional place where pilgrims coming to Santiago in the Middle Ages would travel to by boat from the British Isles. In fact, I had seen a plaque on the waterfront in Dingle commemorating the mariner's camino route. The ships would land in Noia and the pilgrims would travel up the river by small boat as far as they could, then walk the remainder of the way. Today, Noia is silted in and not navigable by cruising sailboats, but some shallow draft vessels can go part way, we've heard. Portosin is now one of the closest ports in the Rias from which to travel to Santiago.