Showing posts with the label life of a cruiser
Show all 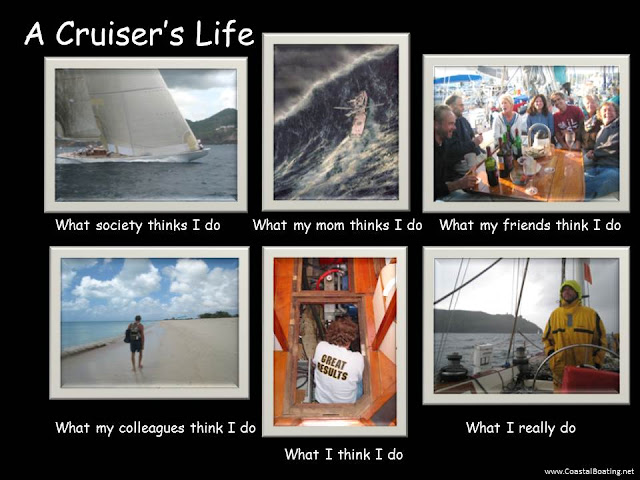 The life of a cruiser is 'slightly' different from a landlubbers' Sarah Steenland, the Cruising Cartoonist, just released a comic for Christmas that accentuates the differences between living on a boat and living in a house. It made me think back to the time when we took a year to sail the Atlantic circuit. While sailing, we missed our home in Ireland. When back in Ireland, we missed being aboard our boat. Which of course made me reminisce about the differences between cruising and land dwelling. They are such different lifestyles. Both have their merits. I now find it very compatible and satisfying to live half and half. Here are some differences to think about if you're thinking about heading out there.