Showing posts with the label AGM
Show all 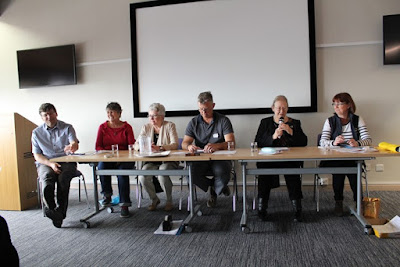 As members were credentialed and cast their votes, a looped presentation about the award winners to be honoured that evening was shown on overhead screens. In a brief but informative AGM session, attendees learned from outgoing Commodore Anne Hammick that membership is increasing at a healthy rate, the finances of the club are sound, and the membership is very active around the world. The new OCC Flag Officers elected include:

The OCC in Henley, day 2: The AGM and Awards Dinner 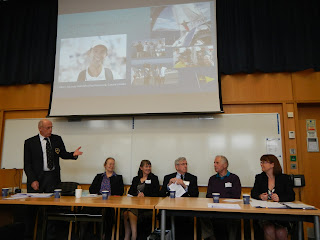 The next morning, we awoke to no hot water in the hotel wing at Greenlands. No worries. Intrepid sailors know what that's like and the chatter at breakfast continued until people scattered to various activities. Dick and Suzie Guckel, Daria and Alex Blackwell and chauffeur (and still Commodore at the time) John Franklin headed over to the Chiltern Valley Brewery and Winery. We spent two hours learning about viticulture, viniculture and beer making as well as tasting wines, beers, and liqueurs. What fun! We learned a lot and we found ourselves giggling and wondering how the AGM would fare later in the afternoon. 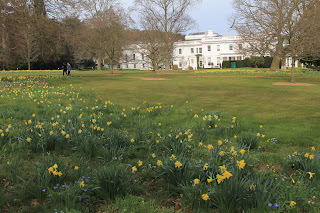 The Ocean Cruising Club held its AGM and Annual Awards Dinner in Henley-on-Thames this year. In previous years it had been held in London, the last two aboard the HQS Wellington -- a very nice venue. But this year, instead of just a one-day affair, it was stretched into a weekend event. People started arriving throughout the day on Friday in time for an informal Sea Shanty supper.