Showing posts with the label Tamariz
Show all

Beach hopping and exploring in Cascais 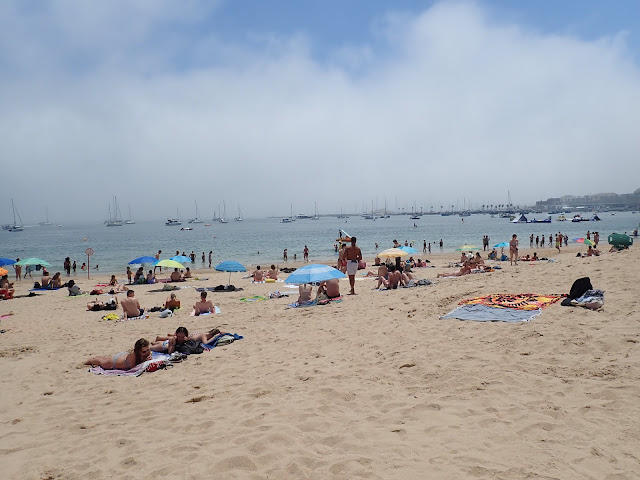 There was a light fog when we departed the marina on our bikes. We stopped briefly at the lighthouse near the marina first but as the visibility wasn’t great, we decided to keep going. We rode out along the southeasterly coastal route out of town. When we got to the end about twice the distance to Estoril, we turned around. Estoril and Cascais were once the haunts of royalty, world leaders and spies but today, Estoril is the site of a casino and the area between the two is a major tourist destination – an alternative to the Algarve – where the Atlantic sea breeze and cooler waters make the summer climate more bearable. There are still many stately homes, some of which are now hotels.