Showing posts with the label NOAA
Show all

NOAA has posted a draft plan on the future of charting

NOAA has undertaken a comprehensive plan to evolve their chart products. The following statements are from NOAA announcements recently released:

"The NOAA Office of Coast Survey has released a draft National Charting Plan. The plan describes the current set of NOAA nautical chart products and their distribution, as well as some of the steps Coast Survey is taking to improve NOAA charts, including changes to chart formats, scales, data compilation, and symbology. The purpose of the plan is to solicit feedback from nautical chart users regarding proposed changes to NOAA's paper and electronic chart products. Coast Survey invites written comments on this plan that is available from https://nauticalcharts.noaa.gov/​staff/​news/​2017/​nationalchartingplan.html." 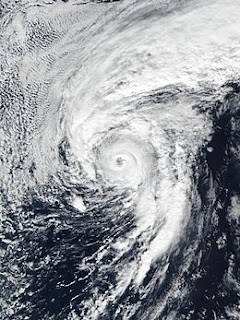 The season for tropical cyclones in the Atlantic begins June 1 and ends December 1. Here we are two weeks into June and we've already had three this year. El Nino has apparently been snuffed out and La Nina has not yet reared its head. A La Nina pattern may develop as early as late summer or early Fall. In this situation, sea surface temperatures in the equatorial Pacific usually run below normal as opposed to the above-normal temperatures of an El Nino pattern that we've seen in the past couple of years. We are currently experiencing a neutral pattern that may continue over the next several months. This is often associated with a more active Atlantic hurricane season and a less active eastern Pacific cyclone season. After the devastation caused by cyclones in Vanuatu and Fiji, that will be welcome news in the Pacific.

Hurricane season in the Atlantic comes to a fizzling close

When I read NOAA's Atlantic hurricane season summary yesterday, I wondered how they could the pronounce the end of the hurricane season almost a week before its official ending on November 30. This from their report:

"The 2013 Atlantic hurricane season, which officially ends on Saturday, Nov. 30, had the fewest number of hurricanes since 1982, thanks in large part to persistent, unfavorable atmospheric conditions over the Gulf of Mexico, Caribbean Sea, and tropical Atlantic Ocean. This year is expected to rank as the sixth-least-active Atlantic hurricane season since 1950, in terms of the collective strength and duration of named storms and hurricanes."