Sailing and mental health in children 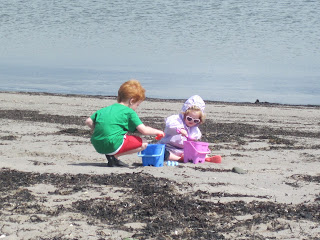 Lack of unsupervised play is hurting our children

An article in Psychology Today caught my attention. Dr. Peter Gray, commenting on a study which showed that anxiety and depression have been steadily increasing among our youth, suggested that the absence of play in childhood is at the root. This thought resonated with me. It took me back to an article I wrote a few months ago about the sailing programs driving kids out of sailing.


If you think about how competitive our society has become, children are groomed to succeed in everything they do by their parents and teachers. They are bussed or driven to and from school, taught didactically to pass exams and get grades, supervised in sport to win, and isolated via electronic devices. Their schedules are full of supervised activities. They don't have a chance to interact with kids on their own terms. They just don’t play anymore.

Playing is a form of learning. You learn to negotiate, to make choices, to work with others, to make judgements and to deal with defeat.  It teaches you that you have control over outcomes.

When playing ball turns into playing football, it becomes organized for you. You no longer have control -- the coach does, the squad leader does and the parents do. It's the same with sail training programs. Instead of the emotional satisfaction of figuring it out, you now have the emotional dissatisfaction of having been told what to do.  You go from satisfying your own intrinsic goals to satisfying someone else’s extrinsic goals. And much of the time, you will be failing to satisfy someone.  There is no failure in play.  The only way to fail in play is to fail to play.

So Dr. Gray concludes that failure to play is causing this increase in mental illness among our young. I conclude that we are raising a generation of children that won’t know how to be adults. They won’t have the skills to choose careers, to be successful, or to become leaders. They will only know how to follow.

And electronic gaming is not play.  It is a guided form of play much like football. The goals are still extrinsic, and though you may be playing against others somewhere in cyberspace, you are not learning the interactive human skills you need to succeed in life.

When we were kids, we were told to go outside and play -- and not to come home until dinner time. When was the last time you saw kids on the street playing ball or tag?  There were plenty of children in our neighbourhood in America, but they were invisible. So much so that a visitor from Europe thought we lived in an old age community. Here in rural Ireland, they are more visible, but many are still forever busy with organized activities and they are increasingly stressed and depressed. It is a major problem.

Children are designed by nature to play. Whenever children are free to play, they do. Over the course of generations worldwide, play has most often occurred outdoors with other children.  When left to their own devices, children will play from dawn to dusk. They’ll explore, they’ll interact, and they’ll learn.

Over the past 50 years or more, the opportunity to play outdoors has declined in the US and other industrialized societies. Over the same period, anxiety, depression, helplessness and narcissism have continually increased.  The conclusion is that without play, the mental health of our children is suffering. Their connection with nature is also declining, to the point where many children fear nature rather than nurturing it. That’s not a good thing for the future of our earth. 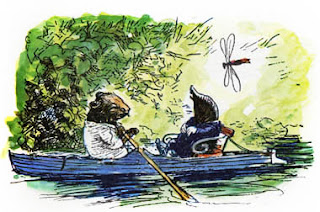 Give them a chance to mess about in boats

The solution? Send your kids outdoors to play. Give them a little boat, teach them boating safety, and encourage them to poke around the local waters with their pals. Provide them with opportunities to explore, play, and learn. Don’t force them into supervised activities and rigorous training programs if they don’t want them. Let them make their own choices. After all, you and I did and survived. Let them experience the joy of sailing.  Let them play.

Abstract from a scientific article by Dr. Gray.

Over the past half century, in the United States and other developed nations, children’s free play with other children has declined sharply. Over the same period, anxiety, depression, suicide, feelings of helplessness, and narcissism have increased sharply in children, adolescents, and young adults. This article documents these historical changes and contends that the decline in play has contributed to the rise in the psychopathology of young people. Play functions as the major means by which children (1) develop intrinsic interests and competencies; (2) learn how to make decisions, solve problems, exert self-control, and follow rules; (3) learn to regulate their emotions; (4) make friends and learn to get along with others as equals; and (5) experience joy. Through all of these effects, play promotes mental health.”