During winter in Ireland we take the opportunity to explore places we might not get to otherwise by boat.  The exception is when the western contingent of Irish Cruising Club, of which Alex is a member,  hosts a Christmas luncheon in some lovely seaside location that gives us a chance to scout it out by land before coming by boat.


This year, we were heading for Kinvara in County Galway, about 2 hours drive for us from Westport in Mayo. The coastal village of Kinvara is the gateway to the Burren and a prime location on the Wild Atlantic Way and we'd never been there. The forecast was dire for heavy rains en route after extratropical cyclone Desmond wreaked havoc dumping more than 195mm of rain in Mayo and bringing storm force winds howling over the course of two days. That was labeled by Met Eireann as a once in +440 year event. Roads flooded, homes flooded, towns flooded, and rivers still rising. 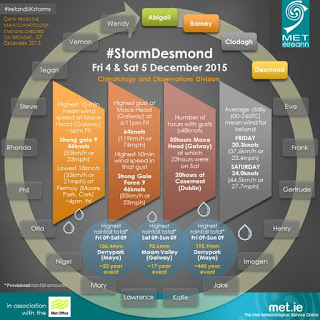 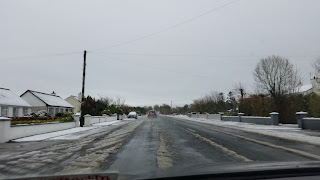 And the rain kept coming, never stopping in the South particularly, but in Mayo as well.  So many farms flooded.  The prediction for County Galway and south was for much more rain and a short period of snow when the cold front came through  the following Saturday the 12th of December, causing Met Eireann to issue an orange alert, again. It was thee day of the luncheon. But we weren't daunted.

We kept an eye on WindGuru for weather updates and we saw the forecast changing, dramatically, from day to day.  By Saturday morning, there was little rain predicted for Mayo and Galway. But a look out the window gave us an altogether different sight: snow. About a cm of it covering the lawn and driveway and obscuring Croagh Patrick in a whiteout. AA Roadwatch told us the roads were okay except for the Headford Road which was closed north of Galway. So off we went via the Tuam Road.

Two hours later we arrived in the lovely, charming village of Kinvara. There was a little flooding and a little rain, and slushy snow until the Galway County line, but overall it was fine. About 50 people from all over the west and guests from Cork crowded into the small bar of the Pier Head Restaurant. The din was loud as friends and strangers made acquaintance. We were soon seated in the upstairs room overlooking the harbour, which was dry on a low tide.  Boats were lying on their sides awaiting the return of the water when they would right themselves and swing freely again. It was a lovely afternoon.  The company was entertaining.The food was very good and the service efficient and friendly. We learned from the owner, Mike Burke, that they raise and butcher their own cattle for the beef dishes.  Mine was superb. Tender, flavourful, perfectly cooked and served with a brown gravy as well as fresh horseradish sauce! 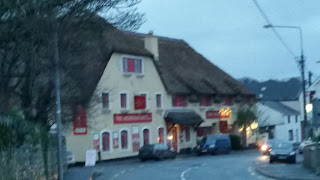 We learned that many of the attendees were spending the weekend in Kinvara and staying at the charming Merriman Hotel, with thatched roof. We took a spin through town and noted a Londis Plus supermarket, a Costcutter with petrol station.

Kinvara is home to two annual festivals, Fleadh na gCuach, the cuckoo festival, an Irish music festival at the beginning of May about which time the cuckoo is first heard, and Cruinniu na mBad, the gathering of as many as 100 traditional boats, in mid August. The latter is the larger and longer running festival started in 1979, and it celebrates the Galway Hookers, the sailing craft that once plied trade in turf and livestock between Counties Clare and Galway. The cuckoo festival which started in 1994 celebrates the old Irish festival of Bealtaine, the first of May, which in Ireland marks the start of summer. 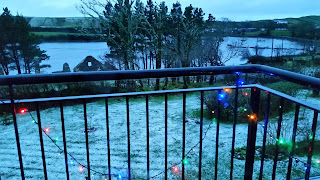 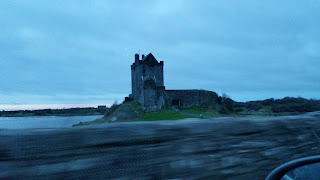 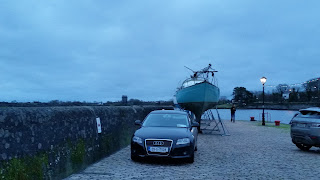 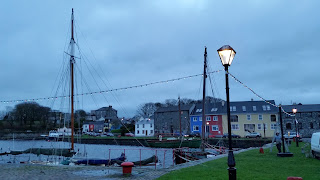 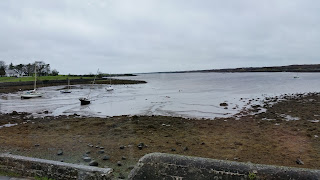 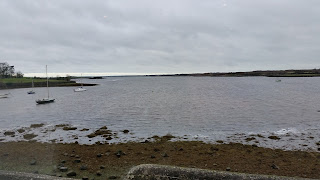 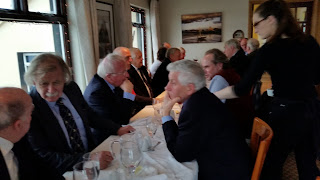 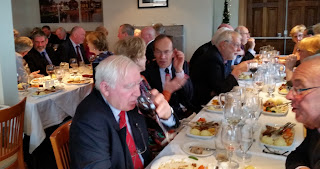