How many boats are out there at any given time? 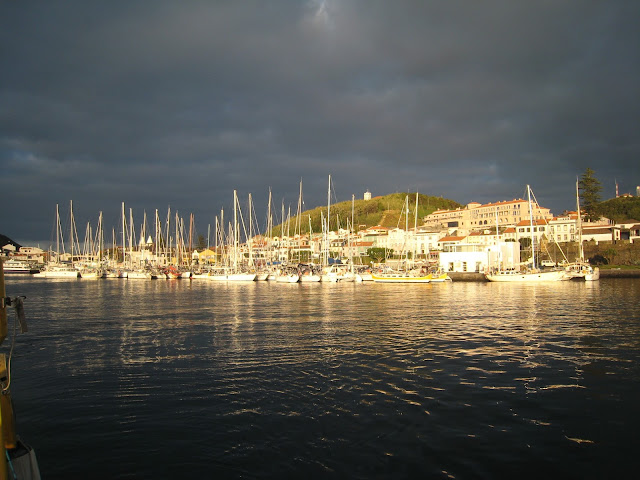 It's a question we are asked often. How many boats are circumnavigating or sailing the oceans at any given time? It's not an easy one to answer, because some go for a year and do an Atlantic circuit, others continue around Cape Horn or through the Panama Canal. They pass through various ports and are counted multiple times, but no one that we are aware of provides a count at a given point in time like a census. As the seasons are different north and south, you'd have to count a date in the summer in the Northern hemisphere and another in the Southern hemisphere.


Jimmy Cornell has been conducting surveys of cruisers and port authorities every five years since 1987, tracking where vessels check in and what routes they have taken. His data bank is most likely the best available. He has posted a very interesting overview of his findings on his website. He concludes that two major phenomena have greatly affected where and when cruisers sail: political upheaval and climate change.

The political instability in countries bordering the Mediterranean, The Red Sea, and the North Indian Ocean have had a negative impact on passages through these waters and the number of yachts who cruise the regions. This regional instability is compounded by global changes in the climate. Changes in the patterns and nature of hurricanes and cyclones has made it difficult to remain in regions where devastation now occurs on a regular basis.

Jimmy considers that the Panama Canal is the most valuable indicator of yacht movement both between the Atlantic and Pacific and on a global level. The latest figures show that the steady increase in the number of transits by pleasure craft may have peaked in 2010 when 1177 yachts transited the Panama Canal compared to 1079 in 2015 (725 Pacific bound and 354 Atlantic bound).  On the other hand, more people are transiting via the Capes and the Arctic routes, perhaps making up the difference.

Overall Horta has overtaken Bermuda in sheer numbers of visiting yachts, with the total of boats (1232) that cleared into Horta during 2015 higher than in 2010 (1098). Whereas many places are recording drops in the numbers of visiting yachts, places like the Arctic are becoming more accessible offering the potential for adventure without the dangers of political instability.

Photo: Horta on the island of Faial in the Azores. Credit: (c) Daria Blackwell