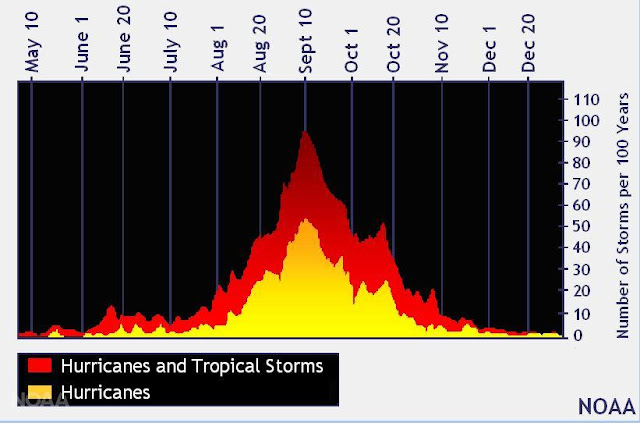 This time last year, the Atlantic was chock a block with tropical storm activity. This year, as we head into peak season, the silence is deafening. We got our first TS remnants yesterday as Ernesto came through, dumping lots of rain but otherwise fairly benign. Friends had thought about spending more time in Ireland, arriving around next week but I advised against it, as the west coast in the autumn can be very wet and windy as the TS barrel their way across the Atlantic towards our west coast. Was I alarmist? Possibly. So I looked up what the 'experts' were saying.


It appears that the temperature of the Atlantic waters is lower than normal this year for a variety of reasons. That may spell less development of storms and less power in those that do form. At least that's the theory. It's still possible that things will change, but for now, it looks like we may be spared a repeat of last year's devastation.