The fun in A Coruña continues

Last night, we invited OCC boats to join us for drinks and dinner at the RCNC. Cate and Mike, from the British-flagged Kealoha V ketch and Jacqui and Kevin of Australian-flagged TinTin joined us. It was a lovely evening on the outside deck of the upstairs bar, followed by dinner at the club. Very reasonably priced for three courses with wine at about €16 per person.

This morning, we boarded our bikes and headed down the bike path around the coast. The sun was out and it was finally warm. We arrived rather quickly at the Tower of Hercules, the imposing lighthouse on approach to A Coruna. It was originally built by the Romans in the 1st century and rebuilt in the 1700s to its present height and design. It is now a World Heritage site.

By the Hercules statue is a plaque dedicated to Breogan and Ith. The story dates back to a book written by Irish monks in the 12th century which tells the legend of Breogan who founded the city of Brigantia. He built a huge tower from which his son Ith spotted the coast of Ireland. He decided to sail there to conquer it but was killed. His body was returned to Brigantia after which his brother Mil conquered the land with a large army to avenge his brother. The myth of how the Milesians came to Ireland from Spain and took ownership of the country from the ruling Tuatha Dé Danann can be found in the Lebor Gabála Érenn, the Book of the Takings of Ireland.

The spot is magnificent, surrounded by beautiful hills and rocks on which the sea crashes. It overlooks the most interesting Celtic compass rose beneath the tower. Each of the points of the rose points in the direction of one of the Celtic worlds: Eire (Ireland), Alba (Scotland), Cymru (Wales), Mannin (Isle of Mann), Breizh (Brittany), Kerno (Cornwall), Galica (Galicia), and Sisrat [or Tarsis spelled backwards - Sanskrit] (the Costa del Morte). As we clambered down the hill, the sound of pipes wafted up with the breeze. A man was sitting on a stone bench playing the Galician gaita or bagpipe. It was haunting.

Although the piper didn't have much English, he got up to speak with us. He managed to tell us each of the lands we didn't recognize by their Celtic names. He said we were relatives. We asked about the pipes and told him how beautiful. He explained how the Galician pipes are different from the Uilleann pipes in that the latter have a bladder that one squeezes under the arm. He said the finger work is similar but the Irish bags create a much richer sound. We told him we came by boat and he pointed to the Eireann point on the star and said Nortada. I said we'd have to wait for the southerly winds to push us home. It was a lovely encounter. He wasn't collecting money, just playing tunes he loved at the end of the earth and across the sea.

On the way back, we stopped at the Aquarium in view of the Tower of Hercules, then checked out the beaches before turning into town and having a bit of lunch and glass of wine at Le Real. Very civilized. A lovely day so far! 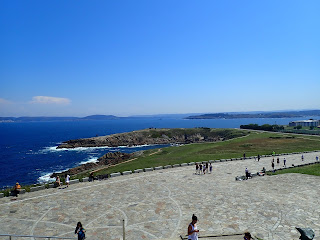 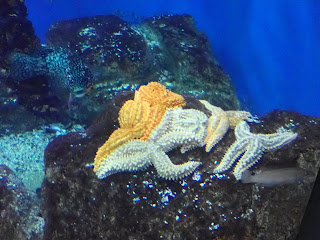 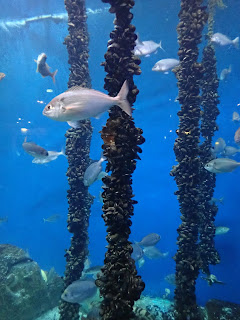 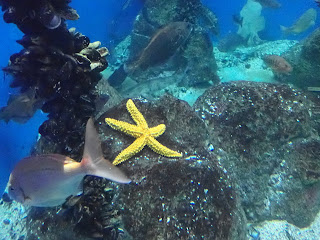 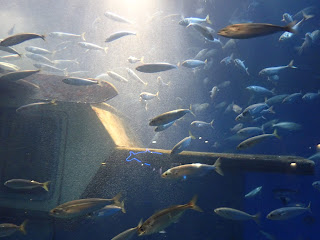 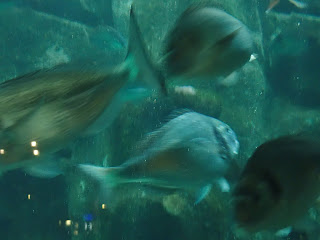 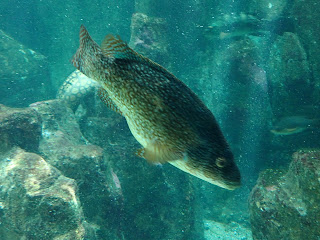 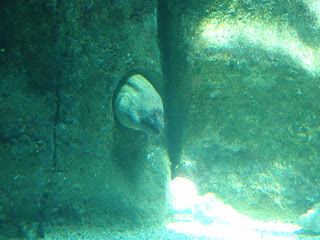 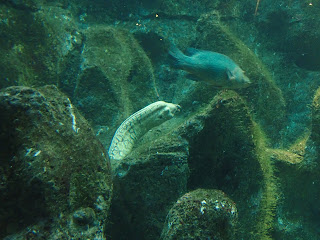 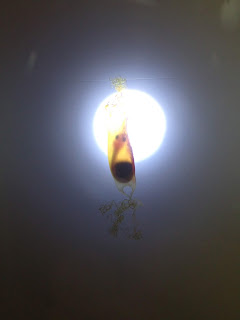 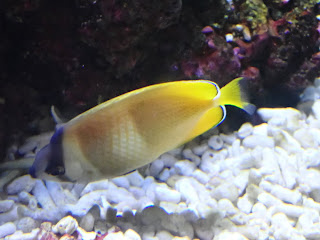 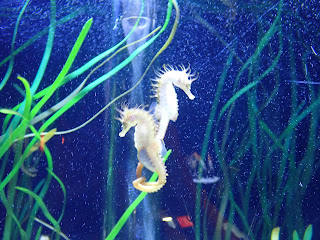 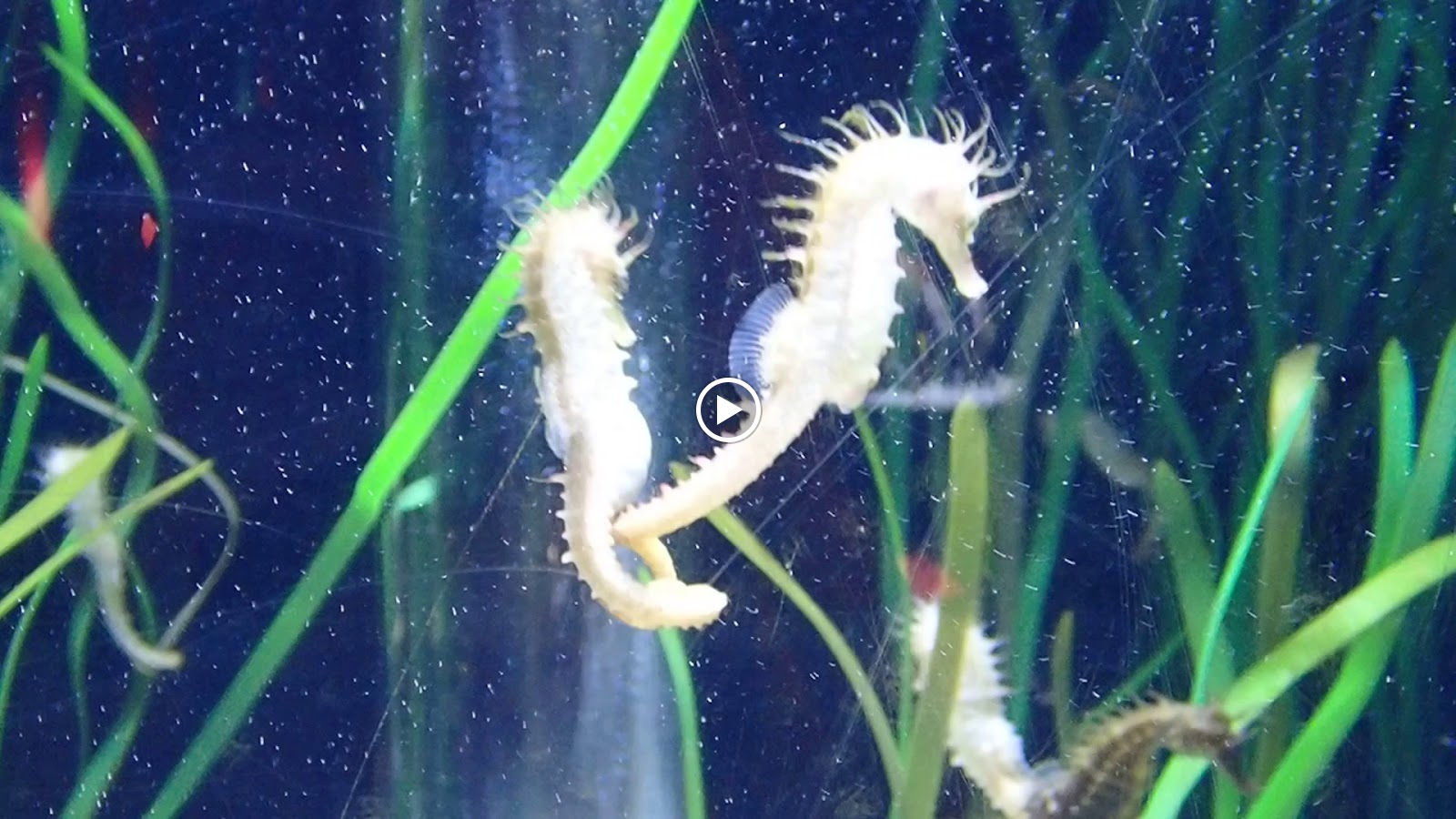 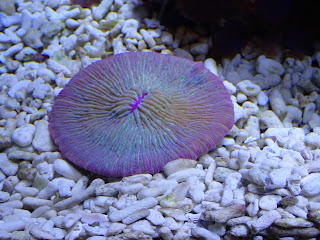 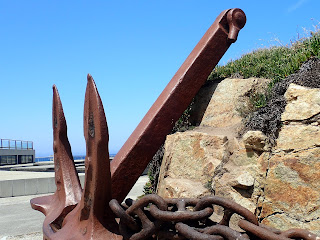 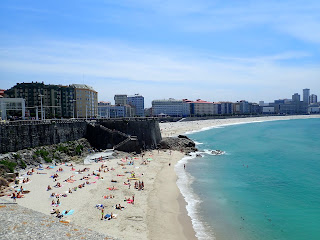 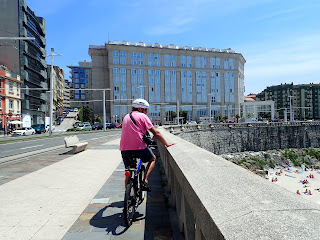