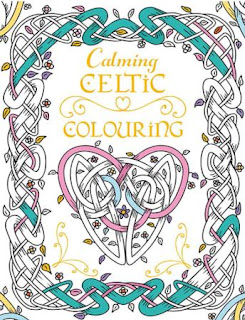 An amazing phenomenon in the book industry is the popularity of adult colouring books.  There’s a good article in Time magazine about how this whole trend got started. In 2013, Scottish illustrator Johanna Basford, who created elaborate black and white illustrations for corporate clients, had the idea to publish an adult colouring book when her clients kept saying they felt a need to colour in her illustrations.  Now, 16 million copies later, she is publishing her fourth offering, Magical Jungle.  Her other books, Secret Garden, Enchanted Forest, and Lost Ocean, are actually quite beautiful and thematically interesting.  A fifth book, Johanna’s Christmas is due later this year.  So it stands to reason that others would be jumping on the band wagon, including Game of Thrones originator George RR Martin, whose colouring book based on characters in the hugely popular book and television series is due out later this year.


Established publishing houses and start-ups alike have jumped on board the trend.  Colouring books are among the top sellers on amazon.com and Barnes & Noble. Johanna commented on the phenomenon, “Essentially, the more books are on the market, the more people are putting down their iPads and their iPhones and they’re taking out a pen and a pencil and doing some colouring. So I think it’s a really positive thing.” Some of the best sellers claim to relieve stress, but whether or not colouring is an antidote to our stressful lifestyles remains to be proven.

When I saw Calming Celtic Colouring, I thought that the idea was sheer genius on the part of Gill Books.  Combine the allure of Celtic artwork with this wild trend in today’s book selling marketplace and you are bound to have a winning combination.  The popularity of the Book of Kells as a visitor attraction in Dublin speaks to the allure of Celtic artistic expression.

The collection of artwork in this lovely book ranges from simple Celtic kitties and fairies to pages from illuminated manuscripts to elaborate and intricate modern Celtic patterns. There is something for every mood of every different day.  Need to develop a new concept?  Pick a complex design to get your mind off your task and let your brain process in the background.  Need to solve a problem at work?  Pick a moderately elaborate one that can calm you while you think through the issues.  Want to relax after a big day?  Pick a simple one that will let out your inner creativity in choice of colours and tones.

Created and produced by Teapot Press Ltd, priced at €8.99, with more than 90 Celtic-inspired images to colour and keep on perforated pages, it is well worth the spend.  The paper used is quite thick so it should not bleed through to the image on the reverse.  It allows the use of felt tip markers for vibrant hues as well as colouring pencils for more subtle effects.

So if you're planning to cross oceans and are afraid of being bored, pack one or two colouring books on board for those stressful days when the wind is howling and the sea is roaring and another one for the flat calm days when the stress level really goes up. Create your own masterpiece and share it on social media when you reach the other side or hang it on the wall for all to see your creative expression. Release your inner child and unleash your potential for colouring inside the lines. Oh, heck, just have some fun and forget about mindfulness. Set your mind free with your hands.
adult colouring book Calming Celtic Colouring