Volunteering with the OCC - Part II 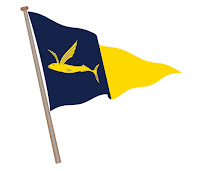 After being on the Ocean Cruising Club (OCC) Committee as the Chair of the PR & Digital Communications SubCommittee, I also took on environmental programmes or citizen science initiatives and an effort to create a series of papers on Best Practices in cruising. Things calmed down and we stopped hearing complaints daily. In fact, we started hearing praise.

When the Chair of the Awards Subcommittee stepped down, I was asked to co-Chair the subcommittee with Jenny Crickmore-Thompson. There was too much on my plate and it wasn't fun, so I wasn't unhappy to give up a portion of it, though I still maintain the PR aspects today.

An opening came up for a new flag officer, and I was convinced by several Board members to run for the office of Rear Commodore. I wasn't sure that was a good idea, but they convinced me that the OCC needed my level headed thinking. I fell for it. I won the seat uncontested. My first act was to write a paper to the Board proposing rationale why the AGM and Annual Awards dinner had to move outside of Great Britain. Within a short time, we had a plan for hosting the next AGM in Wales and one after in America. I was internationalising the image of the Club, although I am unlikely to be remembered for it. That year, we also achieved equal representation of men and women on the Committee and Board, and even fair representation of the global makeup of the OCC membership with members from America, Europe, South Africa and Australia represented.

To make things complicated, Alex was named Regional Rear Commodore for Ireland, so we had two RC flags to fly!

Two years later, the Vice Commodore's slot became available and as the member of management with the most longevity and experience, I made a reluctant decision to run again, even though I had intended to retire after my third year as RC. Now, I have two more years to my term in office and I've decided not to run for re-election when that term ends.

Last year, when marketing stopped being a dirty word, I convened a small working group and wrote the first marketing plan for the OCC. We identified the key strategic areas for tactical implementation. We decided to take a six-pronged approach centred around the online presence of the Club. We have targeted specific boat shows, are developing a speaker's bureau and traditional support materials, while strengthening our Mentoring and Youth programmes, and continuing our PR effort and cooperation with global media. To those ends, we adopted a new promise and tagline, we created a new brochure and display for boat shows and meetings, a PowerPoint presentation about the OCC, we exhibited in Southampton and for the first time in Annapolis and investigated Dusseldorf. I feel pretty good about what we have accomplished. We renamed my subcommittee the Marketing & PR Subcommittee, and volunteers have taken on some of the identified opportunities as their own.

It's a good place to be and a good time to start grooming someone to replace me. Emily has taken over the eBulletin and the electronic versions of our publications, but I'd like a PR professional to take on the role of representing the OCC to the outside world. I feel I have given as much as I have to offer and perhaps someone else can build on it more vigorously.

True we haven't wanted to encourage exponential growth, but I don't think there's a real risk to that. There aren't really that many people who would qualify for membership with a 1000 NM ocean passage on a boat no more than 70 feet in length. When other sailing organisations are withering or imploding, the OCC has had a steady growth rate year on year for the last 8 years. I'd like to think I played some small part in this. It really is an amazing Club.

Some of the things I have gained from what I've done here is a relationship with media people all over the world. More interestingly, I've had personal contact with extraordinary sailors like Susanne Huber-Curphy, Matt Rutherford, Bob Shepton, Jarlath Cunnane, Tony Gooch, Steve Brown, Randall Reeves and so many others. I would not have had the great pleasure of their acquaintance without OCC and they have each enriched my life. Moreover, I've had the great fortune to use my connections to help many remote communities recover from disaster through my small part in helping to coordinate rescue efforts. And through those same connections, I've been able to help get the word out about what people can do to help mitigate climate change and reduce pollution in their worlds. I've gotten quite a lot out of my volunteerism, and now its time to step back and give someone else a chance. 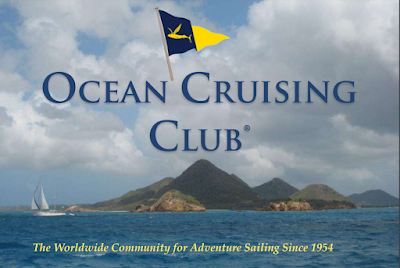