- July 16, 2016
As Lambertville was only half an hour's drive from the christening party, I booked a room I the Lambertville Station Inn. Lambertville House, where we had stayed before, was booked. It was on the expensive side but it was also July 4th weekend and I had been worried about finding a place to stay at all. 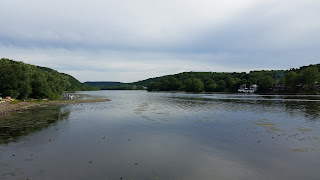 We had a large lovely room on the creek side of the hotel, which is right on the Delaware River and just across the bridge from New Hope. Lambertville is quieter than New Hope, which has many restaurants and bars and shops. We walked across the bridge and found a place to have drinks on a terrace overlooking the river. Martine's was so pleasant that we stayed on for dinner and were not disappointed. 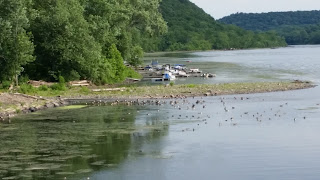 The most pleasant surprise came after dinner when we wandered into the Logan Inn. They have an outdoor seating area with long firepits. Live music was on -- a duo playing '70s tunes.  Then the waiter brought the makings for smores. Long sticks, marshmallows, biscuits, and chocolates. How cool was that. Our last night in the states proved very pleasant indeed.

We re-packed everything as we'd bought a few trinkets and needed to stuff everything into our luggage and set off in the morning. Sure enough, the time had passed quickly and we were now on our way back home. 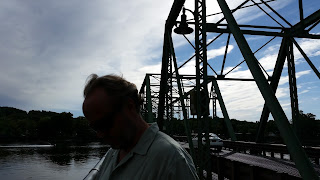 What was most disturbing was how nice everyone had been. The last time we were in the states, everyone we encountered was mean and surly. This time, from the clerks at Hertz to the street vendors and parking attendants, even strangers passing by in the street were saying hello and smiling. We both noted it but no one we asked had noticed any change. Oh well, it's a most welcome development. Here's to American Independence. 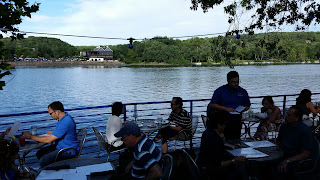 We were hoping for fireworks while we flew out on July 3 but we saw none. It was too early and not dark enough while over the states and soon we were over Canada and jetting over the Atlantic.  We landed at sunrise just a few hours later. I must say, I much preferred our slow route sailing across on our own. 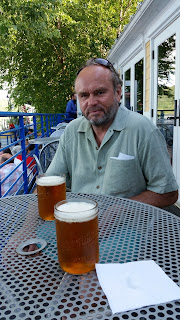 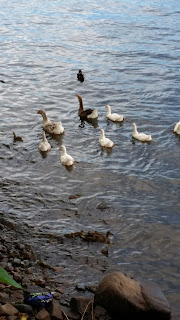 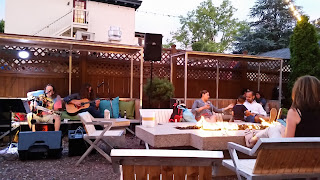 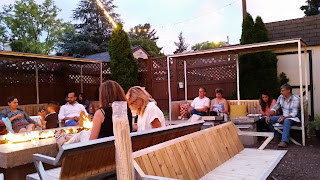 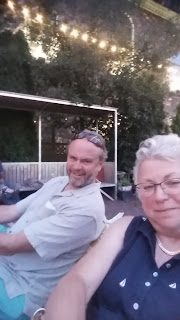 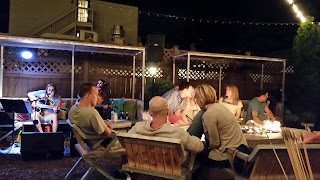 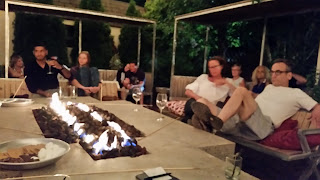 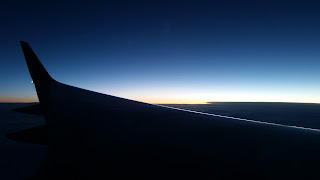 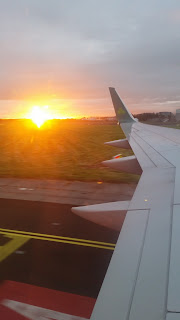