The most beautiful harbour in the world 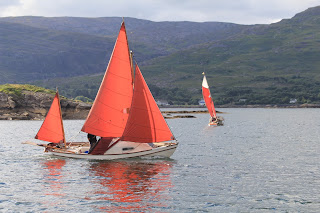 Here we are in one of the most beautiful harbours in the world -- at least in Ireland -- Adrigol in Bantry Bay in the west of Ireland, and instead of marveling at the beauty we are fixing things. We cruisers know that cruising is all about fixing things in exotic places. But this time it’s bit different.

We were on our way to Spain yesterday. We had worked our way down the coast of Ireland from Clew Bay our home, stopping in Clare Island, Tralee, and Dingle. We set off from Dingle to cross the Bay of Biscay for a grand adventure.

On day two, the Raymarine autopilot, Otto -- three years old and nothing but trouble -- decided to whig out. The control unit just did not want to talk to the base unit. Not a problem. We’d email Raymarine for advice.

We were looking for a weather window and for the wind to shift from southerly to a more favourable direction. News of it came in Dingle: two days of moderate westerlies followed by two days of moderate northwesterlies. Perfect. We had our trusty Monitor wind vane self-steering unit, affectionately called Jolly Mon, and there was wind. A nice amount of it too. About 12-15, gusting 18-20. Aleria, a Bowman 57, loves those conditions.

So off we went, tearing through the Blaskets at 10+ knots SOG. We flew at an average of 8 knots the entire way down the coast. Then, she started veering off course. When Alex investigated, he found that the Monitor self-steering had sheered off at the pendulum joint. Not good. We were 50 miles off the Fastnet Rock.  Hand steering for three days or more for two people sailing short-handed was not a happy option. But oh how we craved hot weather and tapas!

Instead, we turned around and headed back toward the closest harbour in Ireland, Bantry Bay.  We anchored in pitch black darkness with cloud cover like a suffocating pillow overhead. The anchor was set by brail and we went off to bed, well after midnight. We awoke to discovering one of the most beautiful anchorages we could have picked. A restored but abandoned castle in the corner of a wooded property graced the view. Hills all around. We were just outside Castletownbere.

We quickly assessed that fixing Otto or the Jolly Mon was not an option. So we agreed, plan B would be put in place. Plan B is to cruise locally where hand steering is not an issue. Here we were in the Costa del Cork and by God we were going to enjoy ourselves.

A fisherman soon let us know that we were anchored in the shellfish bed (not on the charts) which he was fishing that day. We quickly retreated and made for Adrigol Bay. Almost completely enclosed by a rocky outcropping and surrounded by majestically high hills, we marveled at its beauty, snapping lots of photos for the update of our book, Cruising the Wild Atlantic Way.

We were going to have lunch then move on when we said, “Hang on there. We have three weeks of holidays left and no big ocean crossings. Why not just stay here?”

That’s when the real cruising began. Rather than “doing the Rias” we were now going to “explore and enjoy” our home waters. We could slow down and take in some of the most beautiful places on earth right here at home. And the weather forecast was favourable: dry and clear and not too warm, just the way we like it.

Plus, we’d have time for the deferred maintenance projects, like tightening the engine belt, scrubbing the deck, fixing the intermittent lighting problems, tracking a suspected deck leak, sanding the coaming, and painting the galley bulkhead. In between, there would be time to see and visit and document the beautiful sights and encounters with interesting people. Isn’t that what living aboard is all about?  It’s not about tourism. It’s about supporting the local neighbourhood.

Aren’t we lucky that our neighbourhood happens to be one of the most beautiful in the world? 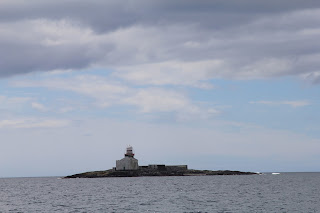 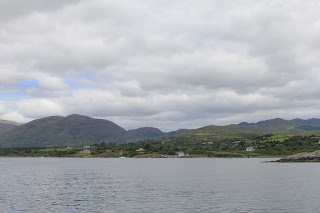 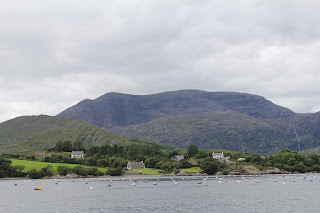 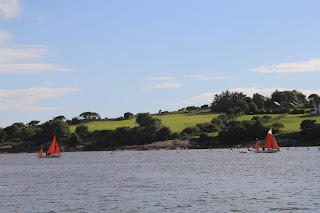 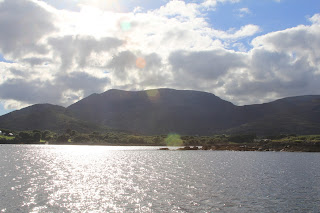 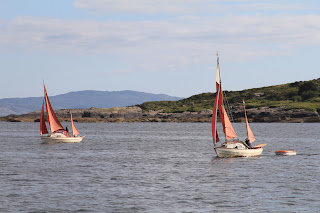 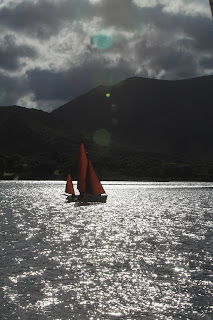 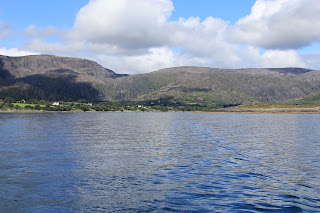