To work in Cascais, one must know at least four languages, and one must be able to guess the language of the person one is addressing. The receptionist at the marina tried three languages before she hit on me speaking English. It's fascinating to hear all the languages around us. Portuguese of course, but much English, French, Spanish, Italian, and German. It is a resort town and the beaches are crowded, even though it's just barely in season.


The first beach is, of course, the one in the centre of town. The Praia de Pescadores is always jamming with beach volleyball and beach football underway most of the time. We rode our bikes easterly out of town as we had seen a coastal walking and cycling trail from the train. The beaches in order of travel toward Lisbon are: Rainha, Conceicao, Duquesa, Moitas, Tamariz and so on. Some of the beaches are very small and essentially disappear at high tide. The sand is quite coarse and brown. Some are bigger and have umbrellas and lounge chairs for hire. All have a string of restaurants, toilets, and showers above them. Very civilized. They are all connected with a wide cobblestone walkway, with sections between beaches set off for bicycles.

There are also Piscina Oceanicas, basically ocean swimming pools built of concrete that fill with water at high tide. The water I'm sure heats up after a while but we didn't test it. I did step into the ocean and it was bone chilling cold.  Not sure I could dive in like I did in Galicia in August.

The walkway ended in a massive stone wall so we turned around and picked a restaurant in which to have a beer and a cider and watch some people. Lots of beautiful young girls, lots of teeny bikinis, and lots of beach blanket bingo going on.

It was a lovely day for a bike ride. 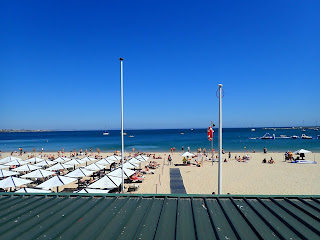 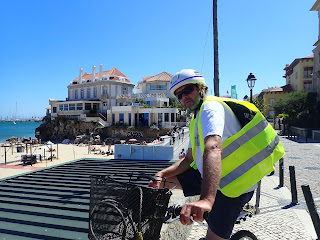 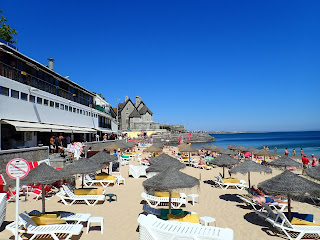 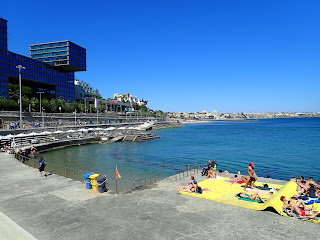 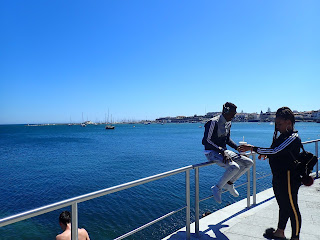 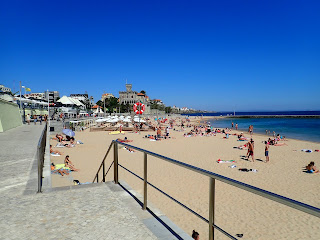 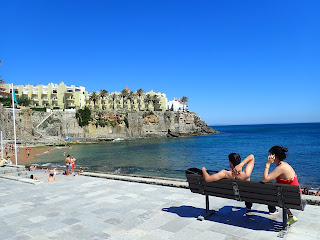 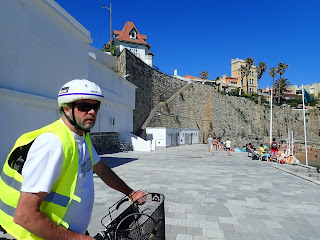 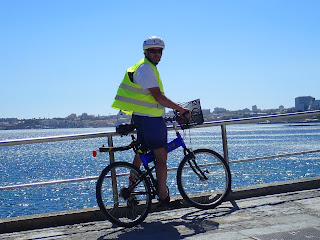 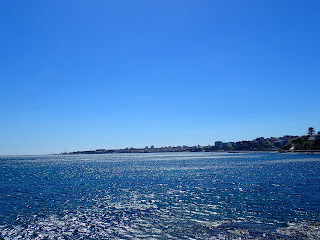 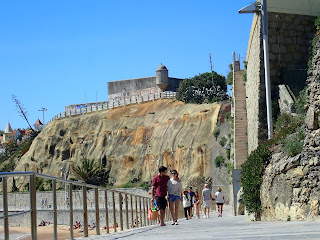 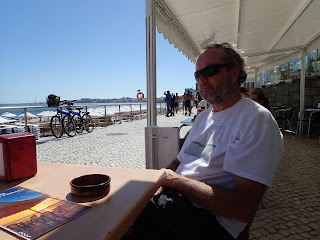 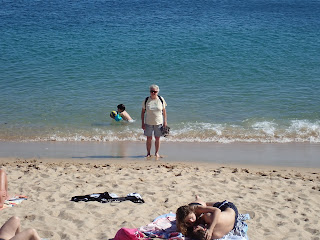 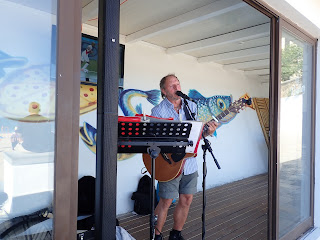