So what are we doing back in Lagos instead of heading toward Gibralter? In Culatra, I dropped a bomb on Alex. I asked, “How would you feel if we forgot about the Med and sailed back home to Ireland? It’s hot, it’s crowded, and it’s expensive."

We’d be paying more than €3000 not to sail Aleria for the month of August. We don’t want to sail then because it’s too hot. Until the kids go back to school, all the marinas are jammed, so even getting a slip is problematic. And if you do manage to find one, it’s about €100 a night or more.

Neither one of us does well in heat and Alex had been suffering even more than I was. He kept saying how he missed having a sailboat in Ireland. I got the sense he wasn’t fully behind this adventure plan, and I was having my doubts too. So we agreed to sleep on it overnight, and we’d decide in the morning.

The morning started out hotter than before, with no dew at all now. Yet the water is too cold to just jump in. That was it. We were heading back home. Alex said he wanted to visit the Outer Hebrides, and I added the Faroes to the list. We were happy. We could always charter off season in the Med.

We got up early and motored back to Lagos where we booked into the marina. Very nice place and OCC Port Officer Ingrid arranged for us to have an easily accessible slip and warned us of silting in the entrance to the Ria. The storms in the winter had shifted the sands from the nearby beach to the mouth of the river and with our 8.5 foot draft, we’d have difficulty one hour either side of low tide.

The marina in Lagos is a self-contained village.  It’s on the other side of the river and there’s a lifting bridge for access to the city centre which is very pleasant. We didn’t have nearly enough time there and we were quite busy and exhausted. We took on more than €400 of fuel, filled the water tanks, did three loads of laundry, and re-provisioned at the very nice Pingo Doce a short walk from our slip. But it was so hot, Alex took three cold showers while filling water and taking out garbage and the like. I wanted to jump into the pool but never had a chance.

We opted for dinner at the Italian restaurant in the marina village and it was very good and convenient. I had gnocchi alfredo with pancetta. Alex had spaghetti and meatballs. We slept well and checked out about 2 pm to motor the 6 NM to the anchorage at Portimao. There we’d wait out the next few days of strong northerlies and meet up with the Australian crew of Chat eau bleu who wanted to join the OCC and needed sponsors.

Now we’re planning our trip back home. In the next couple of weeks, we can make it to Galicia at least ad leave the boat there, then come back and deliver it to Ireland afterwards. Or, the weather cooperates, we can sail straight through to Ireland. We'll just have to see. 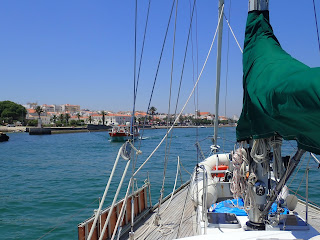 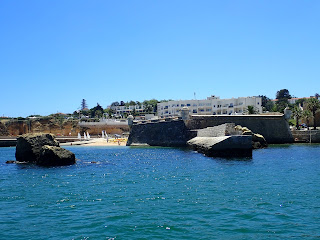 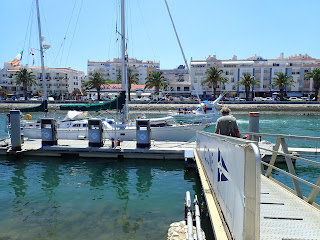 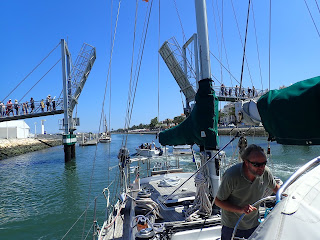 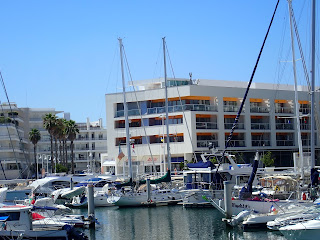 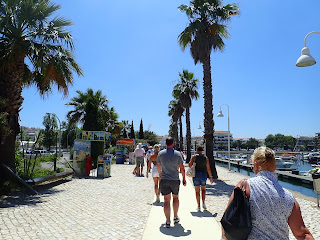 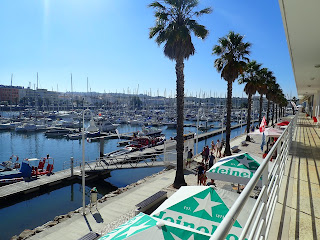 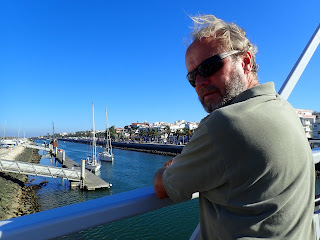 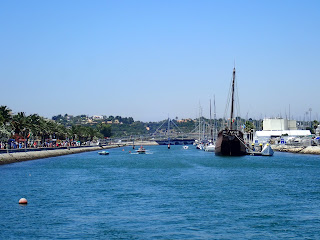 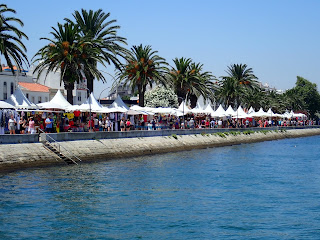 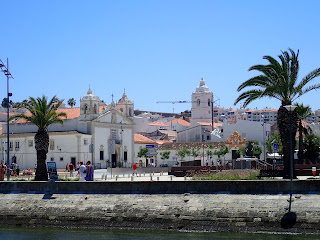 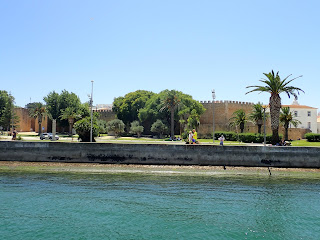 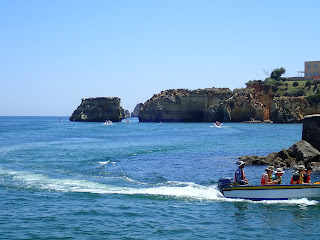